«Russian Seasons» − is a major project aimed at introducing the Russian culture to the foreign audience. 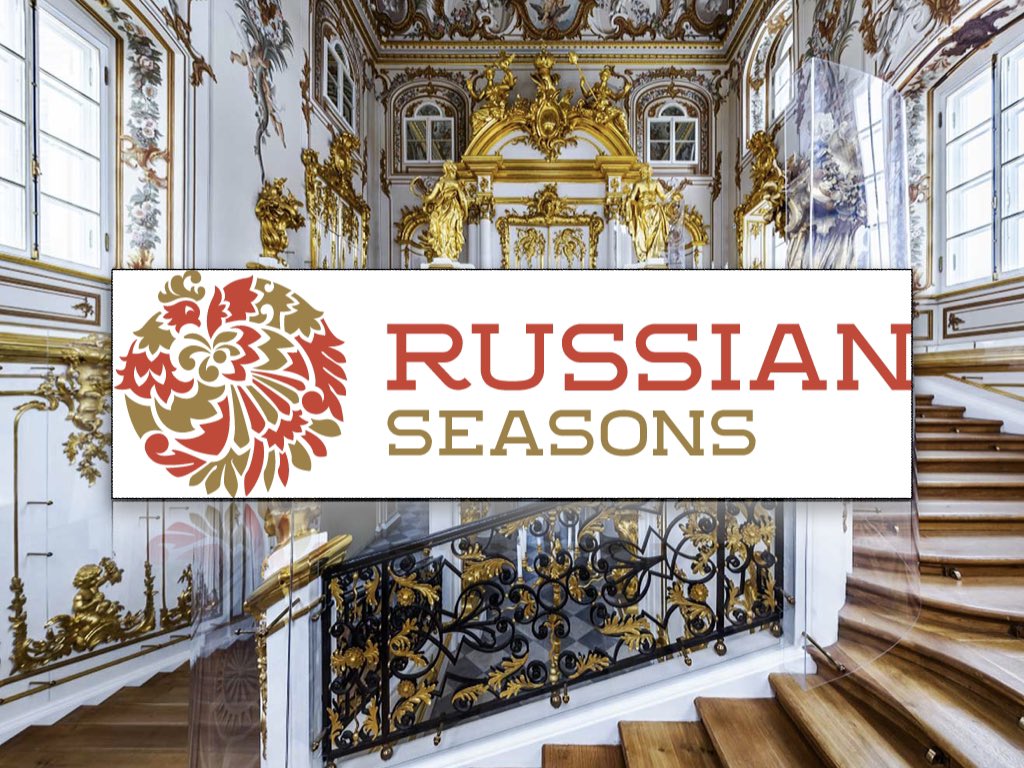 The Project is initiated by the Russian Government and the Ministry of Culture. The festival will feature tours of the top Russian artistic ensembles, exhibitions of the largest Russian museums, circus shows, premieres of Russian films and other projects in the hosting country throughout the year. For the first time, the «Russian Seasons», named in honour of the legendary tours of Sergei Diaghilev ballet company, had been staged in 2017 in Japan and gathered over 3.5 million viewers in 42 cities across the country. In 2018, the Festival was hosted by Italy.

Watch the broadcasts of the project participants in the special ‘Stay home‘ tab.

The Urals brass band was created in 2011 on the basis of the orchestra of a military automobile command and engineering school, which for many years was led by Igor Ezhov, Honoured Artist of Russia and graduate of the military conducting faculty of the Moscow Conservatory. Today he is the artistic director and chief conductor of the Spiritual Orchestra of the Chelyabinsk Philharmonic Society.

During this time, the group has won great sympathy from the public and has long since become an integral part of the musical and cultural life of the city and the region. In the programme of the concert “March of the Trombones”, “Overture for Orchestra”, “Polka for Clarinet”. – more than 20 music pieces in total.

A tour of the Museum-Reserve Peterhof took place in the famous ceremonial halls of the Grand Peterhof Palace: the Chesmen Hall, the Dance Hall, the Throne Hall, the White Dining Hall and the Grand Staircase in 1751. Peterhof was a summer hall for 200 years.

the residence of Russian Emperors: from Peter I to Nicholas II. Today the Museum Reserve is the most visited museum in Russia, and in 2019 the number of tourists was over 6 million. The Museum Reserve is on the UNESCO World Heritage List. In 2020, the museum celebrated its 315th anniversary.

Every year in Moscow or Milan, young singers take part in this programme under the guidance of the best masters, study the intricacies of opera, and participate in premieres, repertoire and concert programmes. The project continues a cycle of joint performances by young opera singers participating in youth programmes at the Teatro alla Scala in Milan and the Bolshoi Theatre. The concert took place at the Zaradier Concert Hall in Moscow.

Moses Weinberg is a famous Soviet composer. He has written over 150 instrumental works, 7 operas and 22 sonatas. Moses Weinberg created music for films and cartoons, including “The Tamerwoman of Tigers”, “Cranes Flying”, “Athos”, for the cult Winnie the Pooh” and “Boniface Holidays”.

The concert programme includes Ludwig van Beethoven’s Symphony No. 9. The Symphony Choir will be joined by a quartet of great soloists: Maria Bayankina (soprano), Elena Zhidkova (mezzo-soprano), Thomas Bauer (baritone) and Ilya Selivanov (tenor). The concert will take place as part of the Be@thoven festival.

Concert of the Urals Philharmonic Orchestra conducted by Thomas Zetmair

The maestro will perform as a conductor, presenting his vision of Beethoven’s famous Fifth Symphony and the soloist in the Beethoven Violin Concerto. The programme includes the role with authentic “Beethoven” touches, the result of his many years of working with the great composer’s works.

On February 11 the journalist of the Swedish newspaper "Göteborgs-Posten" Jan...